Strict Standards: Only variables should be assigned by reference in /home/linksnlo/wearenight.com/wp-content/themes/muse/backend/helpers/gp-meta.php on line 181
 Jhalka Raya Buka - We are Night 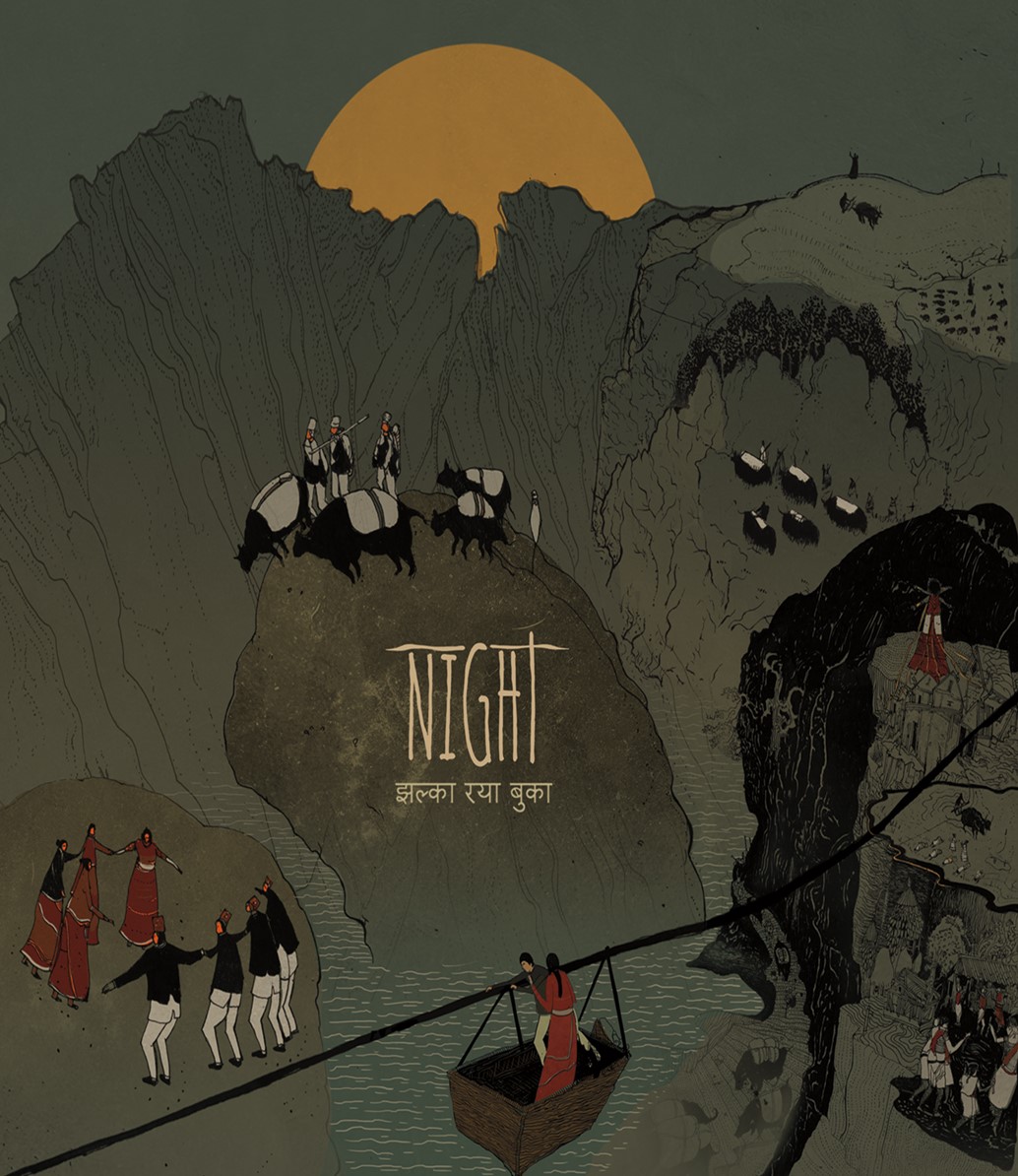 Nepal is home to over one hundred ethnicities with distinct cultural heritage and languages. Its diverse landscape transcends the plains of the south to the alpine north and brings with it a colourful vista of unique traditions, dialects and music. This inspired us to write, compose and capture the folk essence and native tongues.

‘Jhalka Raya Buka’ is Night’s second album and features studio sessions along with live-field recordings. A considerable amount of research has gone into putting together the songs selected for this album, most of which were composed ‘in the field’ and with help and participation of local people in the villages.

The title track ‘Jhalka Raya Buka’ (Remnant of memory) is based on the ‘thadi’ and ‘deuda’ singing practices and performances from western Nepal. Likewise, ‘Putaliko Bhesha Barilai’ is based on traditional wedding ceremonies practised in the remote villages of Nepal. ‘Chhokra Geet’ is based on the musical repertoire of the Tharu community where the verses of the ‘Ramayana’, the epic Hindu poem are sung. ‘Dada Kada’ is inspired by mountain folktales that resonate at different levels, from faith and mythology to daily plight. ‘Gaine Geet’, ‘Kalo Dhunga’ and ‘Basai Bagayo Bhag 2’ speak about the struggles of the workingman and the resilience of human spirit to deal with the harshness of everyday life. ‘Lakurim Chhaya’ is based on goatherd song from eastern hills of Nepal which speak about the pain of being away from a loved one.

With an aim to revive some endangered traditional Nepalese instruments we have featured the ‘Pilhru’, ‘Kastaar’, ‘Chatkauli‘and ‘Piwancha’ in this album. We were fortunate to meet and collaborate with regional artists during our musical journey, and some of them have been featured on this album.

The Album art/booklet was done by Bijay Pokhrel

Mixed and mastered by Alex Ferguson