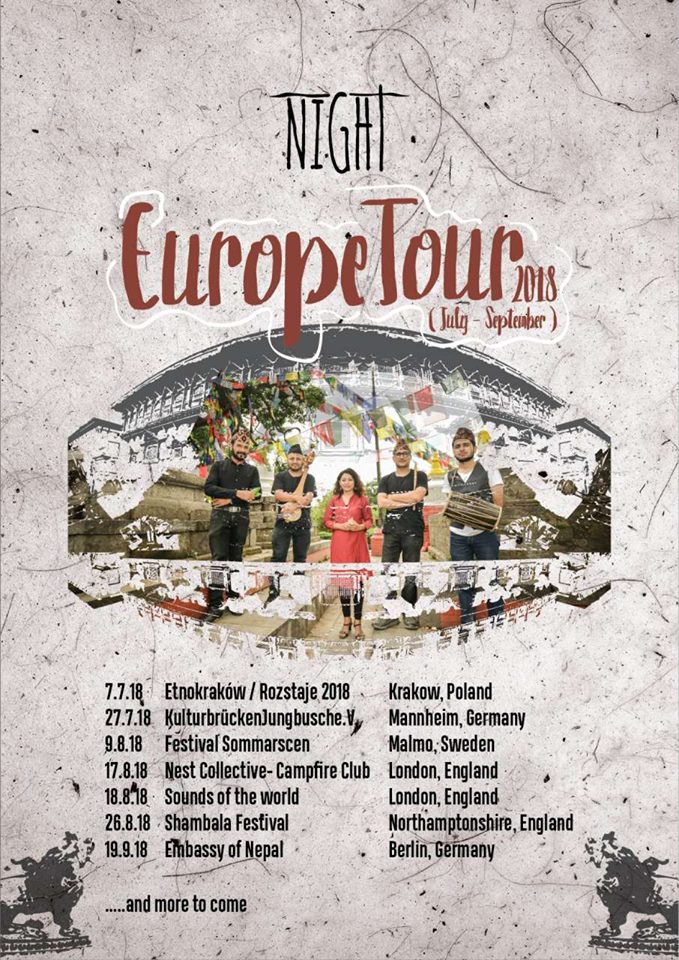 Time
08:00 PM- 10:00 PM
Venue
ACUD Macht Neu
Location
Veteranenstraße 21, 10119 Berlin, Germany
Contact
030 98352613
Status
Tickets available on Door
Ticket Price
10 €
Sounds of Nepal: Night and Knox Chandler
Explore Nepal with the music of Nepalese folk band Night, which is currently on Europe tour. Night has two albums already released, both of which were well-received critically and commercially and carved a niche for the band, with an audience spanning from metal heads, music connoisseurs and the common man.

‘Night’ will be collaborating and improvising with Knox with different instruments and Sounds of Nepal creating a mesmerizing journey through their soundscape.